The Vienna Porcelain Manufactory was founded in 1718, making it Europe’s second oldest porcelain manufacturer after Meissen.

Having discovered the secret to producing hard-paste porcelain, the porcelain manufacturers in Vienna, under their director Claudius Innocentius du Paquier, were granted the privilege of being Vienna’s sole porcelain producer by the Emperor Karl VI.

The factory ran into financial trouble in 1744, when the Vienna Porcelain Manufactory was taken over by the Empress Maria Theresa. After this point the factory started to flourish, producing porcelain figures, tableware and vases in the playful Rococo style.

It was from 1780 that, under a new director, the Vienna Porcelain manufacturers started to produce pieces in the more austere and elegant Neoclassical style, and started to feature gilt decorations on their pieces.

In the 19th Century Viennese porcelain was particularly popular among Europe’s expanding middle classes, but the factory eventually closed in 1864. A new factory was eventually opened in 1923 in Augarten, where it still operates today. It specialised at the time in the production of Art Deco style pieces. 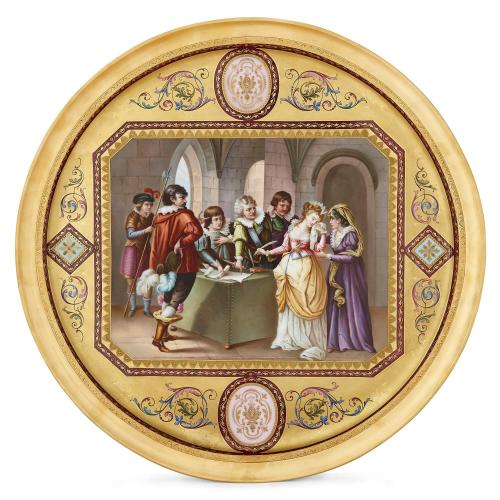